The Hara Forests is the common name for mangrove forests on the Iranian island of Qeshm in the Persian Gulf. Dominated by the species Avicennia marina, which is locally known as Hara, the forests are an important ecological resource.

The Hara tree, a salt-water plant that is often submerged at high tide, grows to heights of three to eight meters and has bright green leaves and twigs. 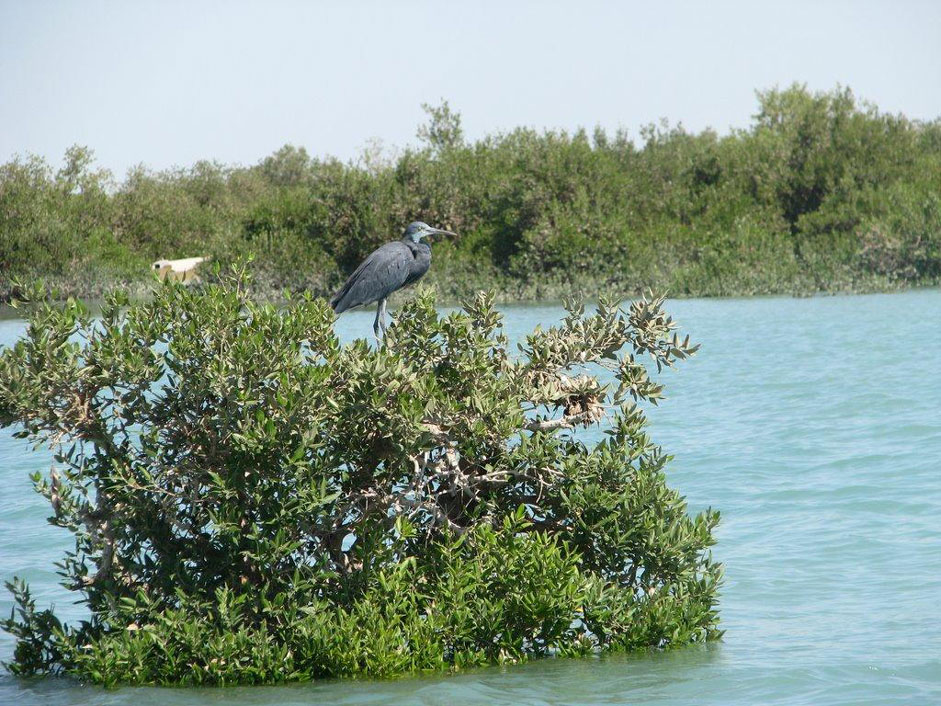 The historic Kharbas Caves of Qeshm Island in the Persian Gulf are one of the outstanding works of rock-cut architecture. There are indications – including multiple historical structures surrounding the caves and rock catacombs [man-made subterranean passageways for religious practice] which are scattered all across the island – that the caves date back to the Parthian and Sassanid periods.

Some experts say the caves were formed naturally more than 2,800 years ago due to receding water levels.

Many historians argue that Kharbas Caves in Hormozgan province have been a temple or a worshiping place for the followers of Mithraism or Anahita, the goddess of water and seas . 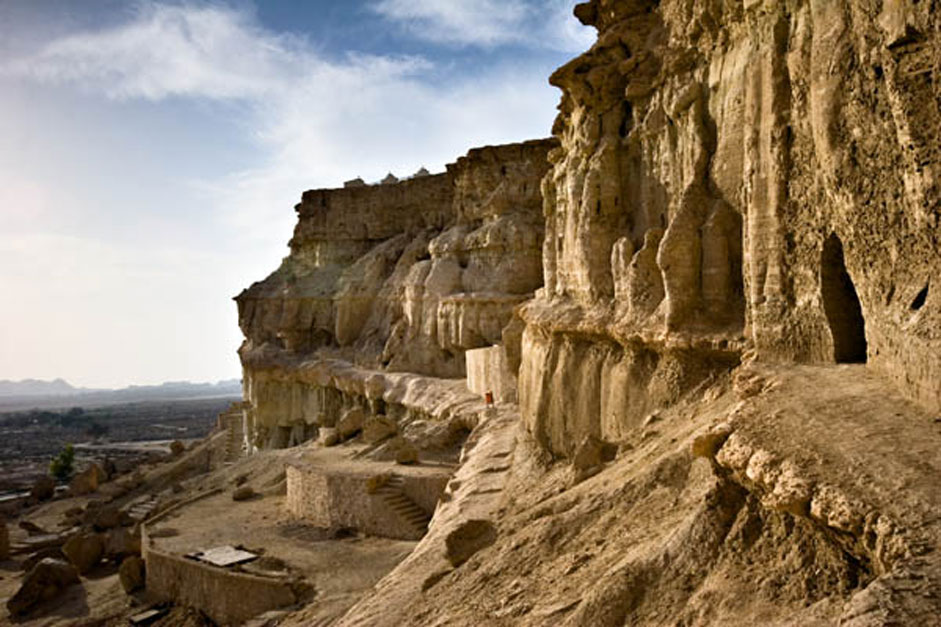 In the southwest of the island there is a dome-like mountain, 237 meters above sea level. It has salt caves which are among the island’s most beautiful natural attractions. Strands of salt on the mountain create a beautiful scene from afar.Marble, crystal icicles in different forms have blanketed the ceiling of the caves.The salt in these caves is among the best common salt which is also rich in magnesium; that’s why it can be used for medical purposes, especially by professional athletes who take it in the form of capsules.

Studies conducted by geologists at Shiraz University and in the Czech Republic have revealed that the island’s salt cave is the world’s longest (6,400 meters long). So far more than 6,000 meters of the caves have been explored.

Salt caves in Qeshm are inside the salt dome which is one of the most elevated parts of the island. At the cave’s entrance you can see a stream of salt water running on the ground serving as a mirror, reflecting everything. Salt crystals are spread on the ground inside the cave. You will find no similar parts in the cave. Take a look at different parts and all you see are new forms and colors.

Some 22 km from Qeshm, you reach Naz Island, the only place you can wade on foot or by car one km into the Persian Gulf waters. It is one of the key tourist attractions of Qeshm Island.

Naz Island which is around three hectares in area does not have a sandy beach and is surrounded by rocky walls which are five to ten meters in height. The island’s surface is completely flat. When the tide ebbs or the water flows outward from the land, a strip of land temporarily connects the island to Qeshm’s coasts.

This island is one of the areas favored by tourists visiting Qeshm Island. 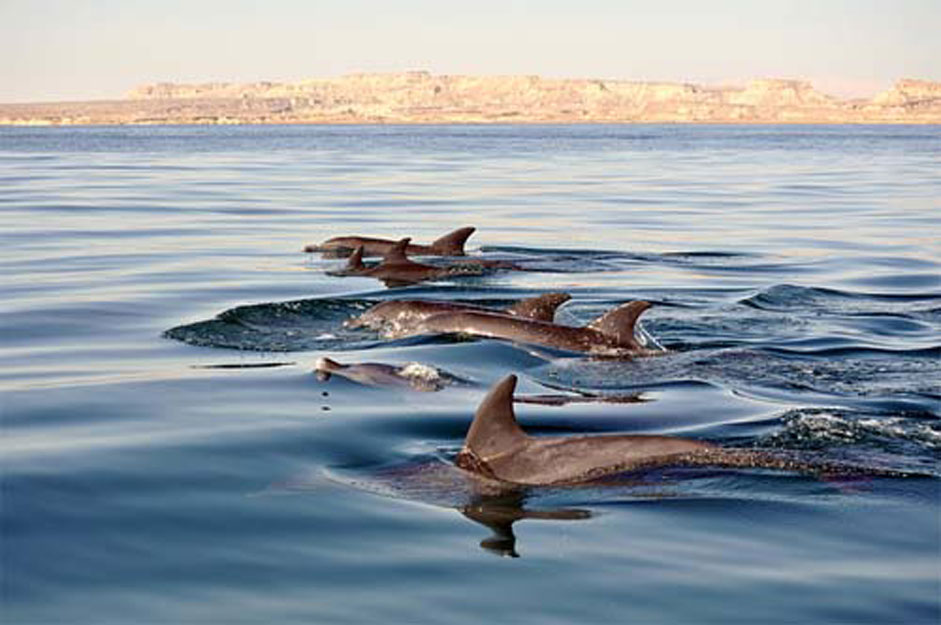 This castle, which is in Laft – an old village on Qeshm Island – beside Tala Wells, is known as Naderi or Nader Shahi (King Nader) Castle. But its construction predates Nader Shah. It is believed to have been built on the foundations of the ancient pre-Islamic fortresses. Ebrahim Kazerouni who visited the castle in Laft during the reign of Mohammad Shah, a Qajar king, has said that the castle dates to the Safavid era.

Naderi Castle – which has been built of stones and mortar – has one rampart, four towers and one gate which is located on its western side. Its architecture resembles that of Portuguese castles. The castle is now at the heart of the city surrounded by houses. 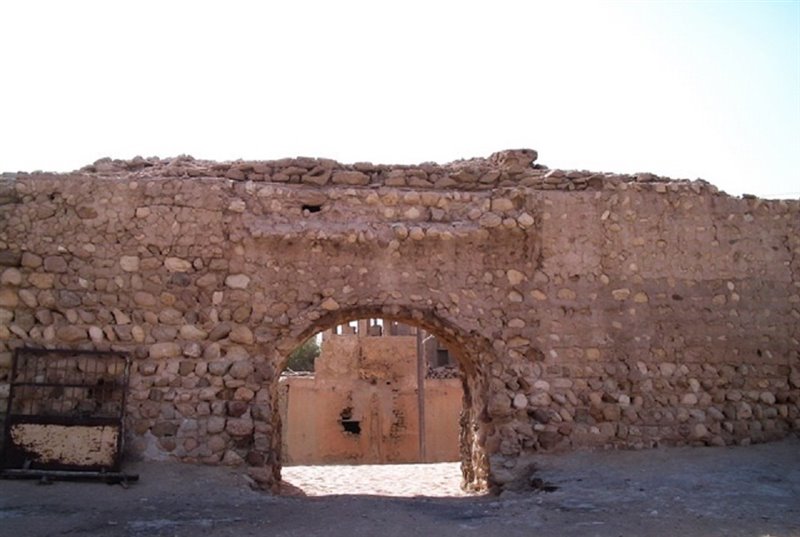 Kaseh Salakh is a featureless area, seven kilometers in length and about five kilometers in width, on the southern coast of the island. It has no flora or vegetation; there are no traces of life in it.

Thousands of small and big dome-like hillsides and erosional patterns are seen there, those which have bubbled from under the ground, dried there and formed wide, interconnected foothills.

Deep at the heart of this wilderness, a healing spring of sulfur water is bubbling up from the ground. All these factors suggest that huge oil and gas reserves are in the underground layers of the area.

This area on Qeshm Island has fewer visitors than other parts, but its wonderful attractiveness can cause man to plunge into deep thought. It can also serve as a haven for those seeking calm and serenity. The fluttering of the island’s big eagle in the blue sky is the only sound which punctuates the silence there.