The rial is the official currency of Iran, however to save time in a high-inflation economy prices are sometimes quoted in tomans (تومان). One toman is equal to ten rials. 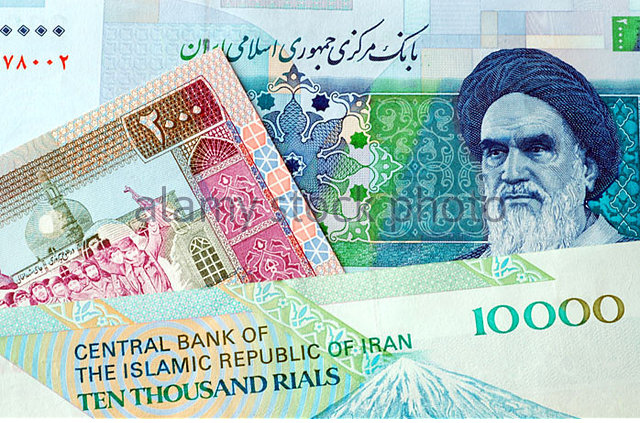 As a general guide, written prices are given in rials and prices quoted in conversation are in tomans. To confuse you even further, shopkeepers will often omit the denomination of high prices, so you may be told a jar of coffee costs 2 tomans (meaning 2,000 tomans or IR 20,000) and that a fine rug will cost 3 tomans (meaning 3,000,000 tomans or IR 30,000,000). In conversation, 1 Khomeini denotes IR 10,000.

Most travelers spend the first few days of their trip coming to grips with this mind-boggling system, and money changers on the border will often exploit this confusion to rip you off. Be careful, and if in doubt, always ask a shopkeeper or moneychanger if they are quoting a price in rials or tomans.

Carrying money
Iran is still a cash economy, so bring enough hard currency for the duration of your stay. US dollars and euros are the most useful, and new and large (USD 100 or EUR 100 or higher) bills in good condition are preferred and usually get a better rate. Trade embargoes mean that banks will not forward cash advances on your foreign credit cards and they are only accepted by some stores for large purchases, such as Persian rugs. Most will be happy to forward you some cash on your credit card at the same time as your purchase. If you are desperate for cash, you can also try asking these shops to extend you the same favour without buying a rug or souvenir, but expect to pay dearly for the luxury.

ATMs exist in most cities, and there are point-of-sale devices in some larger stores, but only local bank cards are accepted.