Like Persian carpets Iranian foods are colorful and complex! Using only small amounts of red meat and emphasizing on large amounts of grains such as rice, fruits and vegetables, Iranian food is famed for its fresh taste and healthy attributes. 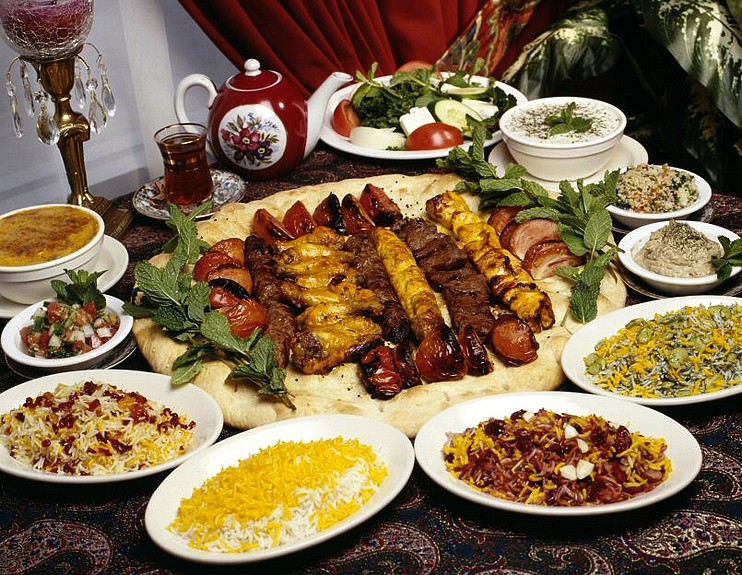 It generally is based on rice (berenj) and to achieve a delicious taste and a balanced diet, unique Persian spices such as saffron, diced limes, cinnamon, and parsley are mixed delicately Iranian food has a lot of similarity with the other cuisines of the Middle East, yet it is more sophisticated and imaginative. The list of foods is diverse, with each province featuring dishes, culinary traditions and styles distinct to their regions. It includes a wide variety of foods ranging from chelo kabab (barg, koobideh, joojeh, shishleek, soltani, chenjeh), khoresht (stew that is served with Iranian rice: ghormeh sabzi, gheimeh, and others), aash (a thick soup) and a diverse variety of salads, pastries, and drinks specific to different parts of Iran.

At most restaurants, the Kebab is the king, mostly because it is fast to prepare, and eateries are generally run by men, whose main culinary skill, as for many of their Western counterparts, is barbecuing on the grill.

The list of Persian recipes, appetizers and desserts is extensive, however, the national dish is rice prepared in several special ways and served in generous helpings with almost every main dish, and very few of the main dishes would be considered complete without it.

Lamb is Iran's favorite meat, but beef and chicken can also be found. Fish is common as well, with swordfish being a famous specialty of the areas near the Caspian Sea. Seafood is very rarely eaten, and pork, like alcohol, is forbidden. There are certain accompaniments which are essential to every Iranian meal at lunch and dinner, regardless of the region. These include, first and foremost, a variety of flat breads, called naan (sangak, lavash, barbari), cheese (called panir, a Persian variant of feta). 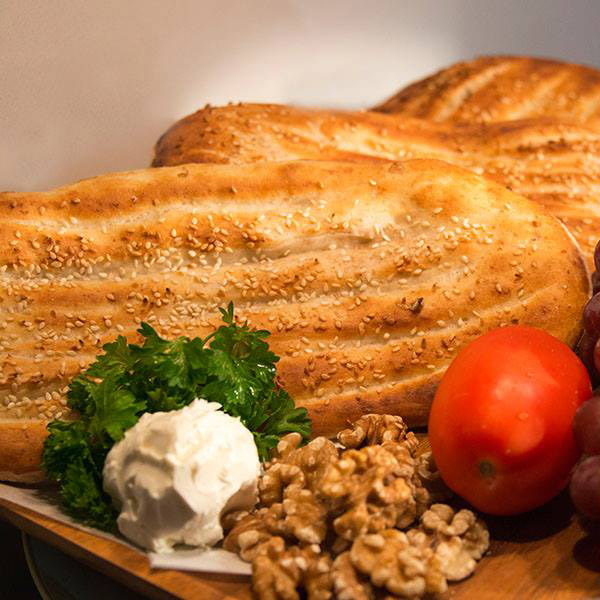