Just forty – five miles north- east of Tehran , amid Alborz mountain ranges that divides the central Iranian plateau from Caspian coast , Mount Damavand, the highest mountain in Iran , lifts is volcanic cone to a height pf more than 5671 m ., standing above this land like a presiding emblem . .it is believed that Damavand has been an extinct volcano since one hundred thousand years ago which figured much in the legends of the past. According to traditions, the Persian hero, Freidoun havin overcome the cruel tyrant Zahhak , chained him alive , head downwards , in a cave near the summit ; the exhalations of sulphurous vapor from the crater of the mountain were said to be the tyrant’s breath . The summit and higher slopes of the mountain are snow covered throughout the year. 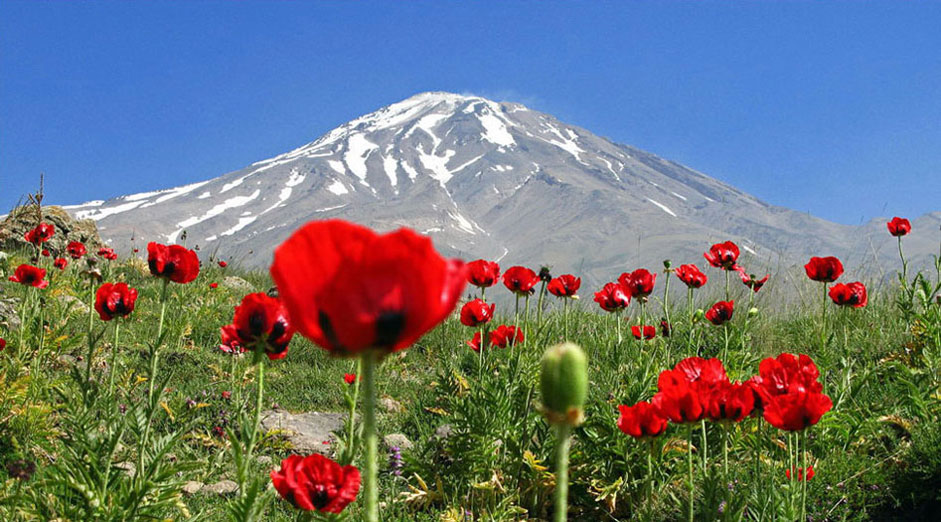 The Archaeological Museum or “Iran Bastan “looks out onto Small Square off Imam Khomeini Avenue .about one hundred meter from the Central Post Office. The display were rearranged in 1971.

Next to the “Treasury Relief “stands the stone-stature of Darius in a niche. It was made in Egypt and found at the entrance-building of his palace in Susa.

Unfortunately, the head is missing. This statue gives an impression of sculpture in the round, which once must have adorned the buildings on Terrace of Persepolis, too. The king is wearing the Achaemenid court-dress with long, wide sleeves. His dagger is stuck into his girdle. An Inscription in Old Persian. Elamite and Babylonian is written on the folds on the left side of the dress. The girdle as well as the folds on the right side and the base are inscribed with Egyptians hieroglyphs. The long side of the base show representations of the subject peoples in Egyptian style. 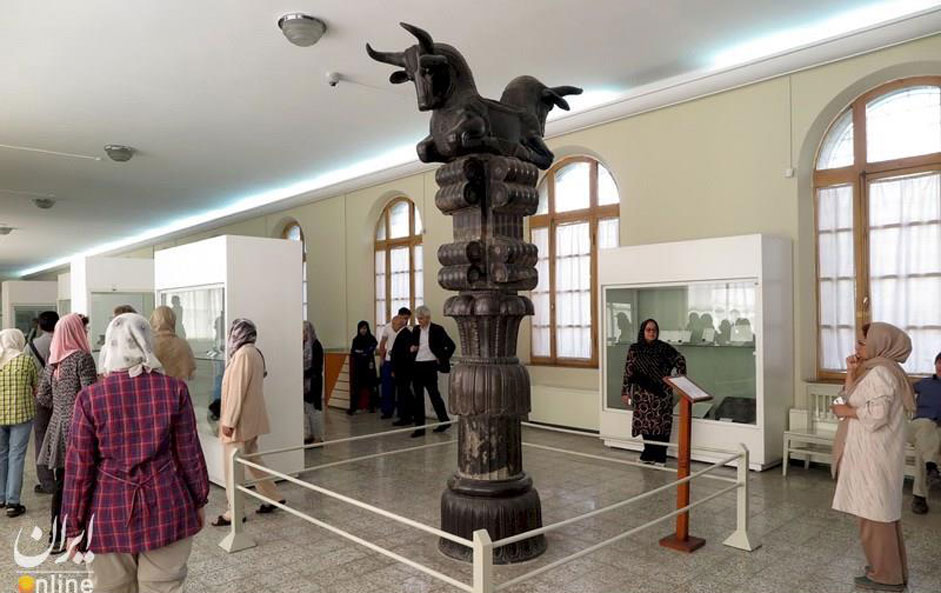 The capital’s most conspicuous architectural landmark is the large marble Azadi Tower, constructed in 1971 as a gateway to the city. The monument, which is in fact the symbol of Tehran, was designed by a young Iranian architect namely Hosain Amanat in an area of 400 m.

The main feature is an imposing archway, 21 meters high, reminiscent of the ancient royal palace at Ctesiphon, the seat of the pre-islamic Sassanian dynasty. Above the arch is a tower with tiled tuttets inspired by the architecture of the Seljuqs and Safavids.

From the top, 45 meter above the ground, a magnificent view of Tehran and the surrounding countryside may be enjoyed the monument houses a small archaeological museum at the basement. 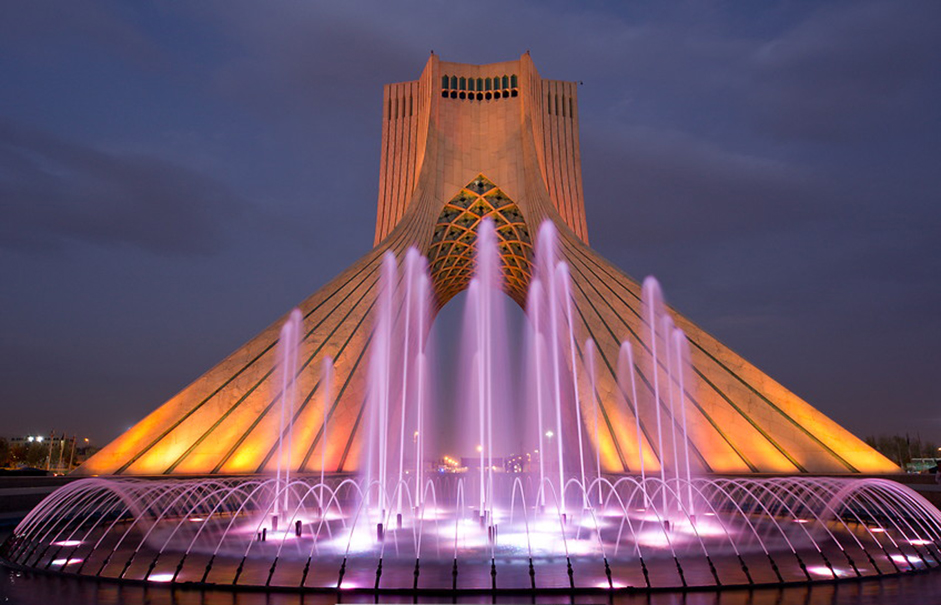 Golestan Palace was built at the beginning of the 19th century as the residence of the Qajar sovereigns .the gardens are splendid, with flowerbeds, blue faience basins and marble-paved courtyards. The apartments are still used occasionally for official receptions, especially of foreign heads of state.

We go up a magnificent marble staircase to the first floor where some of the rooms have been converted into a museum that can be visited. There is a great variety of exhibits, including porcelain, old carpets, miniatures and illuminated manuscripts, gifts from foreign sovereigns, amours, enameled tableware, ivories, etc. The chief attractions of this museum is the famous Peacock Throne at the very back of the large room. A magnificent ceremonial bed rather than a throne, it was and still is used in the coronation ceremony .The throne is studded with precious stones .It is of Indian manufacture, brought from Delhi in the 18th century by an Iranian expeditions under Nader Shah (another traditions claims that it was manufactured at the beginning of the 19th century by order of Fath-Ali shah, as a present for his favorite, Tavus Khanum the lady with peacock) 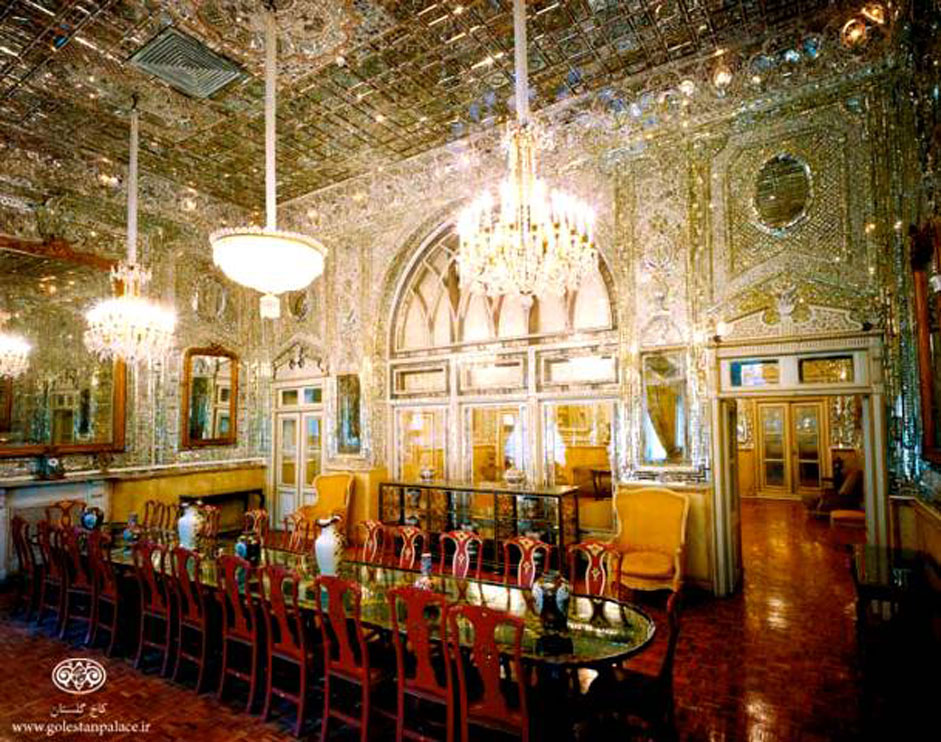 In the previous century trade had been centered exclusively in the bazzars, in accordance with the Islamic traditions. Tehran’ bazzar, probably the largest in Iran, still exists and is a maze of roofed streets stretching for miles .Arteries inside traditional bazzars converge at regular intervals. Forming large vaulted chambers called timcheh where merchants gather to sell specialized wares. These central spaces are often covered by tiled domes. Where every conceivable article .from copper-water to Persian carpets, from jewelry to brocade, may be bought at the hundreds of small shops and workshops on either side of the passageways and timcheh. 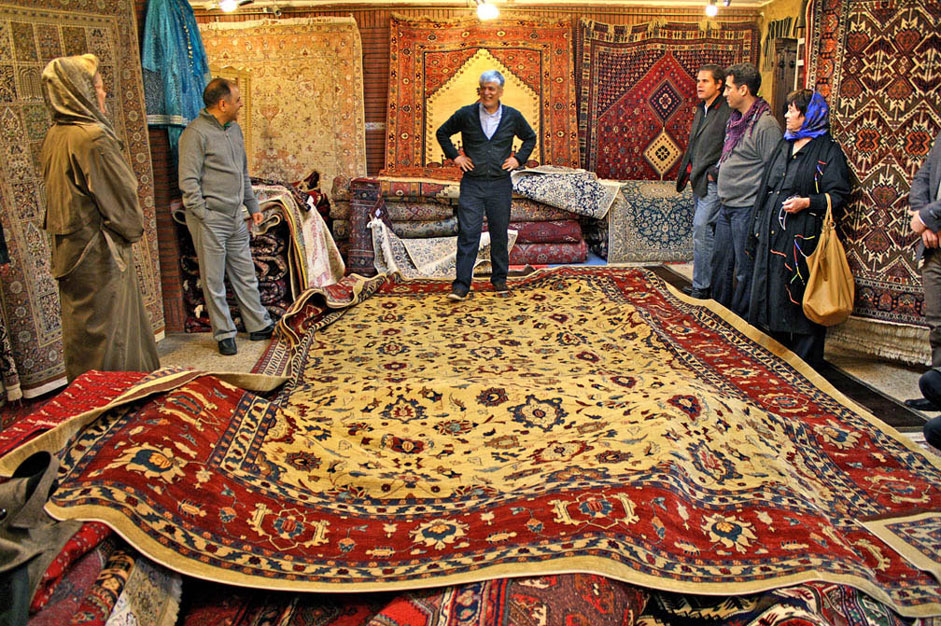